Hodsock Priory’s breathtaking location and romantic gardens make it the ideal choice of venue for your outdoor wedding ceremony.

Whether you choose to say your vows in our Georgian-style gazebo or hold a celebrant-led ceremony elsewhere in the gardens, you’ll enjoy exclusive hire of the entire house for the day. We’ll also make sure to set up an indoor ceremony room just in case the weather takes a turn for the worse.

As well as the Priory and House Bar, you’ll have access to our beautiful Dressing Room to prepare for the big day and enjoy a sumptuous champagne brunch. 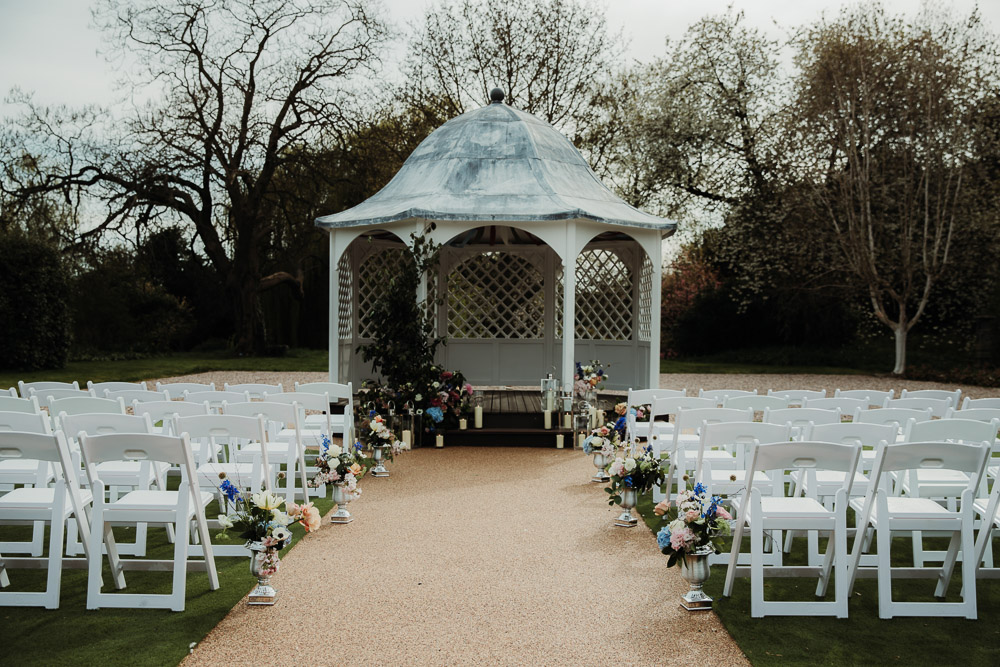 Our licensed space for outdoor civil ceremonies is the Georgian-style gazebo, designed to honour the traditional garden and landscaping designs of this country home.

Say your vows while surrounded by the picturesque gardens and charming countryside of the Hodsock Estate. Tucked away in a secluded spot within the gardens, the gazebo provides an elegant canvas for your wedding décor and looks beautiful adorned with freshly cut flowers or soft organza curtains.

While it is not licensed for civil ceremonies, our Tudor Gatehouse is a popular choice for celebrant-led ceremonies, allowing couples to tie the knot beneath the archway.

With its grand archway framed by twin turrets and delicate patterned brickwork, you won’t find many more spectacular backdrops for your wedding ceremony in the county.

Dating back to the 16th century, this Grade I listed building is one of just three Tudor brick buildings remaining in Nottinghamshire. Thought to have been built for King Henry VIII’s visit to Hodsock Priory in the summer of 1541, the Gatehouse and its bridge are the oldest structures on the estate. 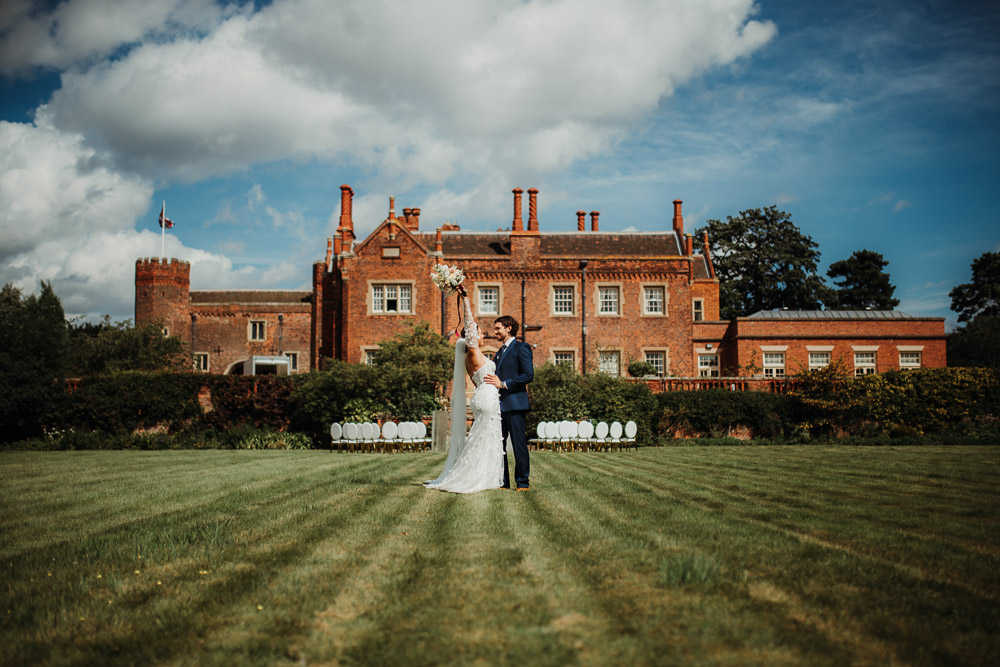 We invite our couples to find the perfect spot for their celebrant-led wedding ceremony in our beautiful gardens.

Whether you’d like to say “I do” in a traditional English rose garden, while surrounded by bluebells in the enchanting woods, or at a tranquil lakeside, you can find your dream location at Hodsock Priory.

Once you’ve discovered your perfect location, we’ll help you to create your own special sanctuary for a celebrant-led blessing in the countryside.

View our virtual tour
From getting ready at Hodsock Priory on the morning of our wedding in the lavish wedding suite, to the roaring log fire in the panelled Hall for our ceremony, followed by evening music in the pavilion, until breakfast the following day in the Buchanan Hall, everything was perfect, making it a very relaxed and a very enjoyable day.
Wendy & Matthew
The team were amazing at getting all the little detail right and were there to answer all our questions in every step of planning, even a year before the wedding! The staff were amazing and were on hand for all our needs. On a busy wedding day of photos and mingling we were never without a drink!
Danielle & Antony
The venue is absolutely beautiful, we knew as soon as we saw it that this was the place we were going to get married.
Laura & Dominic 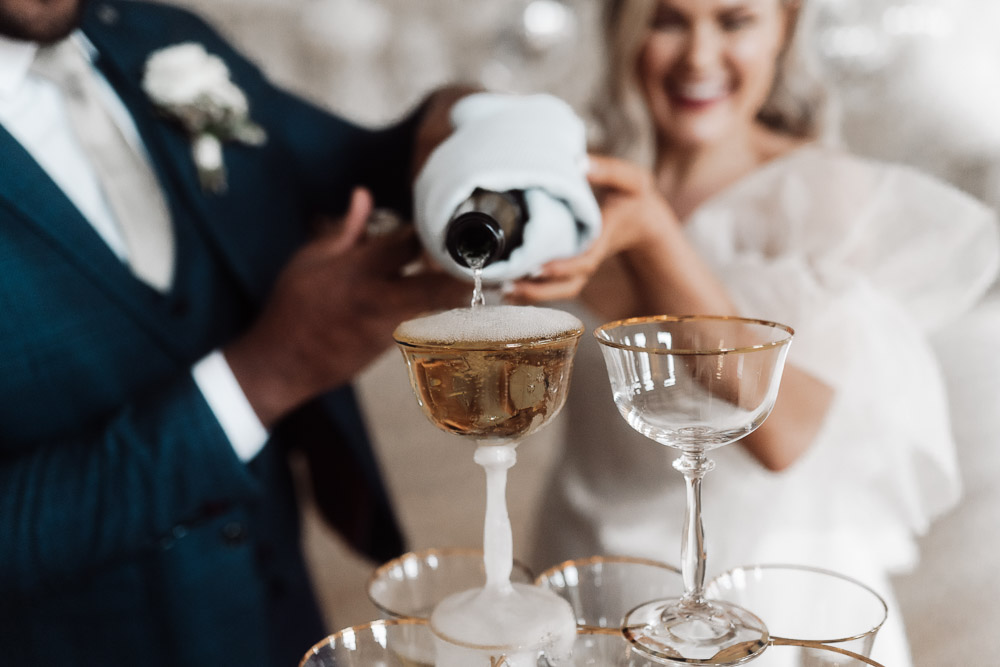 We offer exclusive hire for all of our weddings, so when you hire Hodsock Priory for your outdoor ceremony, you get the use of our luxurious rooms as well.

If you would like to remain outside for your celebration, we would be delighted to provide a range of impressive outdoor dining options for your wedding reception. The summer months are perfect for post ceremony champagne and canapés. There’s also an option to choose our delicious wood-fired pizzas or a barbecue whilst watching the sun set over our glorious gardens.

You can of course choose to celebrate your love inside the historic halls of Hodsock Priory.

We have five inviting and characterful rooms licensed for civil ceremonies, from the traditional Panelled Hall to the sophisticated and contemporary Buchanan Hall. You can even choose the cosy Ante Room or Library for a more intimate wedding.

If you would prefer a traditional church wedding, you’re more than welcome to celebrate here at Hodsock Priory after the ceremony.

Situated on the border of Nottinghamshire and South Yorkshire, we’re close to the magnificent Church of St Mary and St Martin in Blyth, which is just two miles away.

If you’re considering the beautiful English gardens of Hodsock Priory for your outdoor wedding, contact our Wedding Team and we’ll be happy to make your dream a reality.